Wow, I know its been too long - since I had to look up my password and can barely remember what happened last time I posted.  I was whining about working for the Census, but turns out... I discovered my inner stalker and actually enjoyed the job.  I even got some of the "difficult cases" that other Census workers passed on.  I found I didn't mind tracking people down and cornering them, since I believed in the Census. How else are we going to divvy up our pot of taxes, if we don't count ourselves?  How else can we even begin to try to make things fair? I was a believer.  I did find that I enjoyed the stories and the characters, but also got a scary look at my smooth righteous streak. Folks who didn't want to answer questions, didn't stand a chance with me.

Its really quite an endeavor going door to door.  As NRFU Enumerators (great name, huh? It's pronounced NarFu!!) we followed up (FU) on those who had not responded to the Census (Non Respondants -hence NR). Only the Feds would think like this. But I do think the government needs a little PR help. Within an average 30 block radius we had about a thousand non-respondents. Only a few of mine were really negative. Mainly, I was appalled at how many people didn't have a clue - boy they got my teacher lecture.  It was lots of young folks, which does not reflect well on our current educational system.  What happened to Civics anyway?
That's about all I can say.  Any more is confidential and should be. I'm looking forward to seeing the results of this year's Census knowing I helped.
Posted by Barbara Liles -BEL at 1:00 AM No comments: 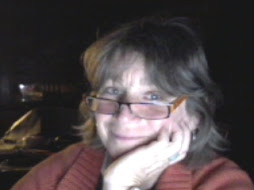